Frequently Asked Questions » Since the plane did not hit the light poles do you think that they were somehow knocked down in real-time as the plane passed by? Maybe with explosives, or by the vortex of the plane or a missile or something?

No, we have never advocated this notion. We have always maintained that the downed light poles were staged in advance.

The notion that the poles were downed by explosives or the vortex of the plane (or a missile that went unseen by all known eyewitnesses) is simply not possible, primarily due to the physical damage of the poles revealing that they were somehow pinched at the top. 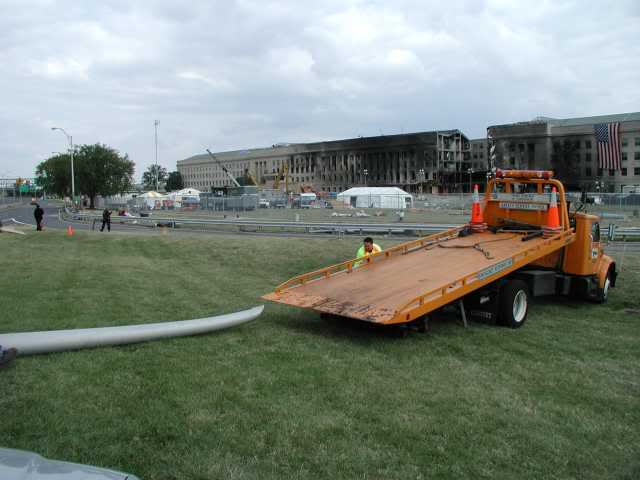 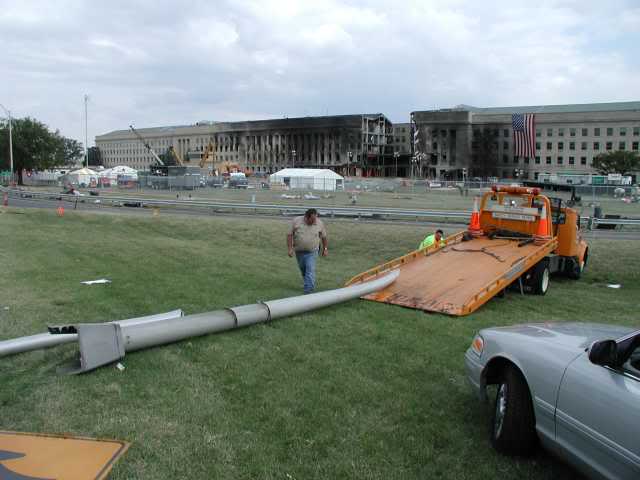 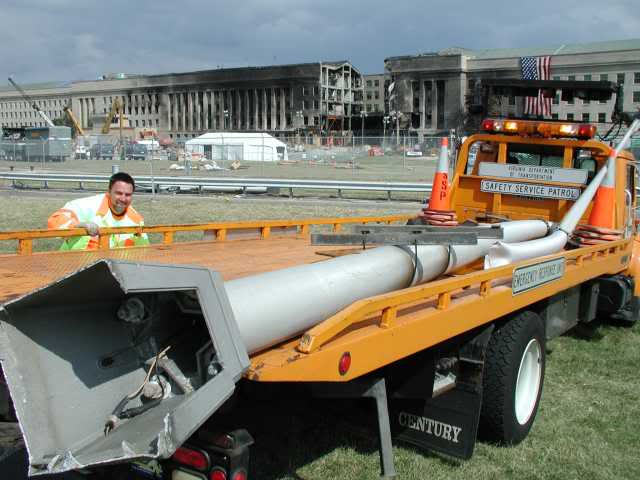 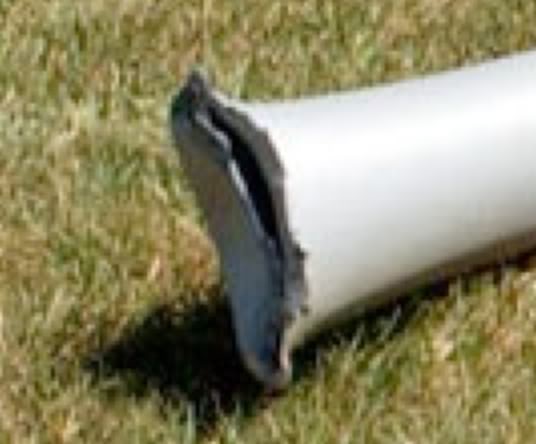 This could not have happened from explosives or the vortex of anything.

Furthermore, here is a comparison between the damage to the base of Pole 4 and the same style "break-away" base of a pole from the same area that was blown over by wind. 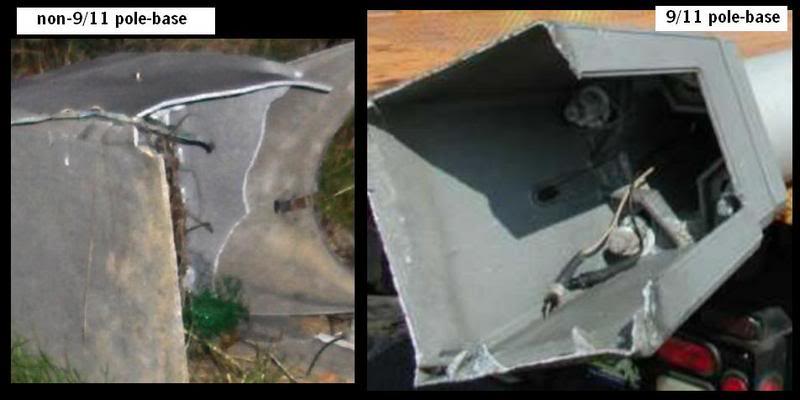 The 9/11 base is perfectly symmetrical and sooty as if the damage was prefabricated with a torch while the damage to the wind-blown base is more jagged/random like you would expect if it were broken by a sudden force like wind or a 90 ton jet.

Here are some photos of yet another fallen pole which is not from 9/11, photographed a short distance from the Pentagon near the Sheraton hotel. Again we see a completely random break pattern. 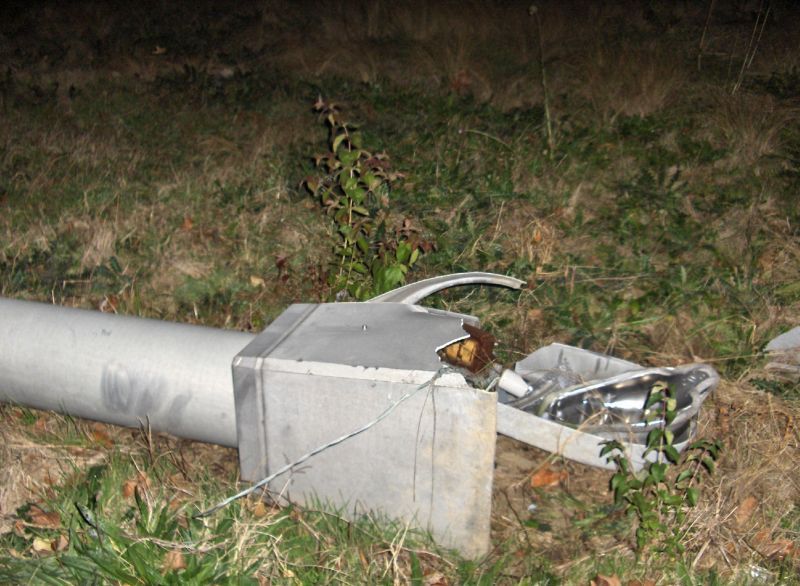 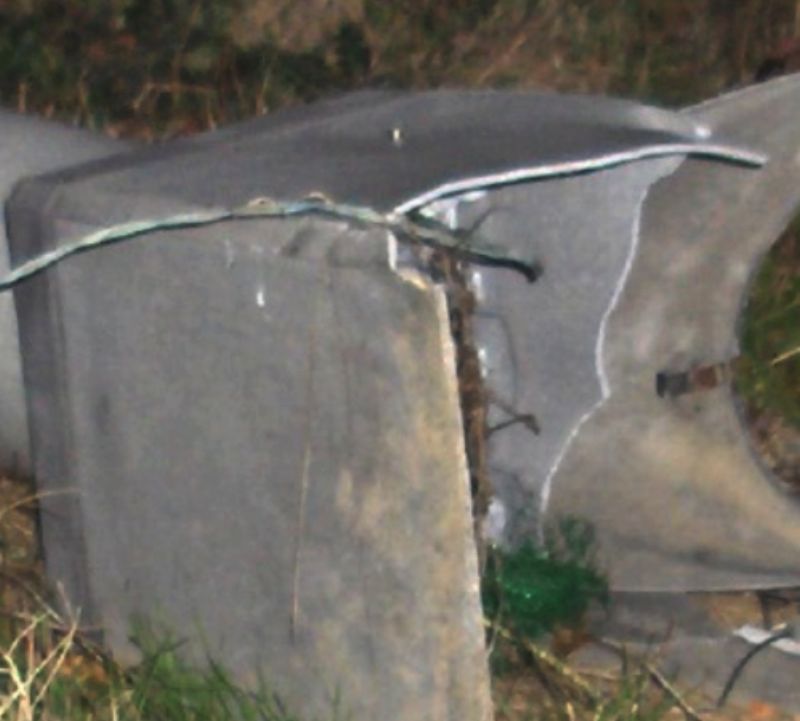 Further reading (CIT forum):
Minimum hypothetical wingspan for south side plane - there was no such plane, however